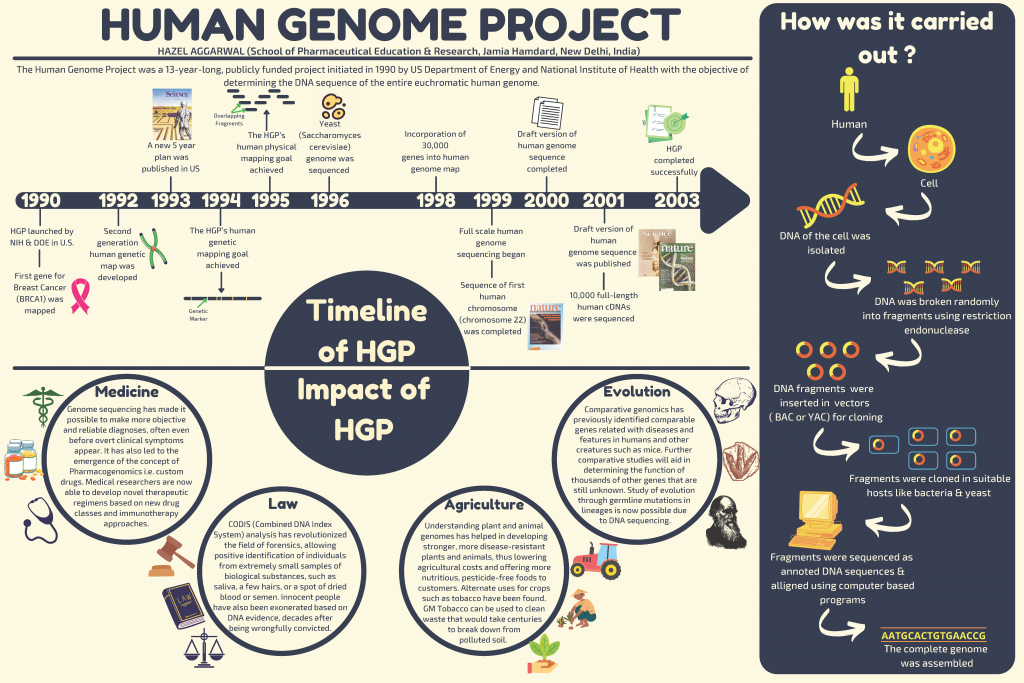 The Human Genome Project was a 13-year long mega project undertaken by the National Institute of Health (NIH) in conjunction with the U.S. Department of Energy, with a total projected cost of $9 billion. The Welcome Trust (UK) became a key partner in the initiative. Later on, Japan, France, Germany, China, and some other countries also joined the project. The Project was officially launched on 1st October 1990. The major goals of HGP included (1) Identification of approximately 20,000-25,000 genes in human DNA. (2) To decipher the sequences of 3 billion chemical base pairs that make up human DNA. (3) To improve tools for data analysis. (4) To resolve any ELSI (ethical, legal, and social issues) that may develop as a result of the project. Some of the recent developments include (1) Emergence of Proteomics (2) Molecular Medicines (3) DNA forensics (4) In Evolutionary studies (5) Production of Edible Vaccines. The poster depicts a timeline of the major events which took place during the project, the methodology of HGP, and its impact on different fields like medicine, evolution, agriculture, and law.

A Brief History of Nettie Stevens