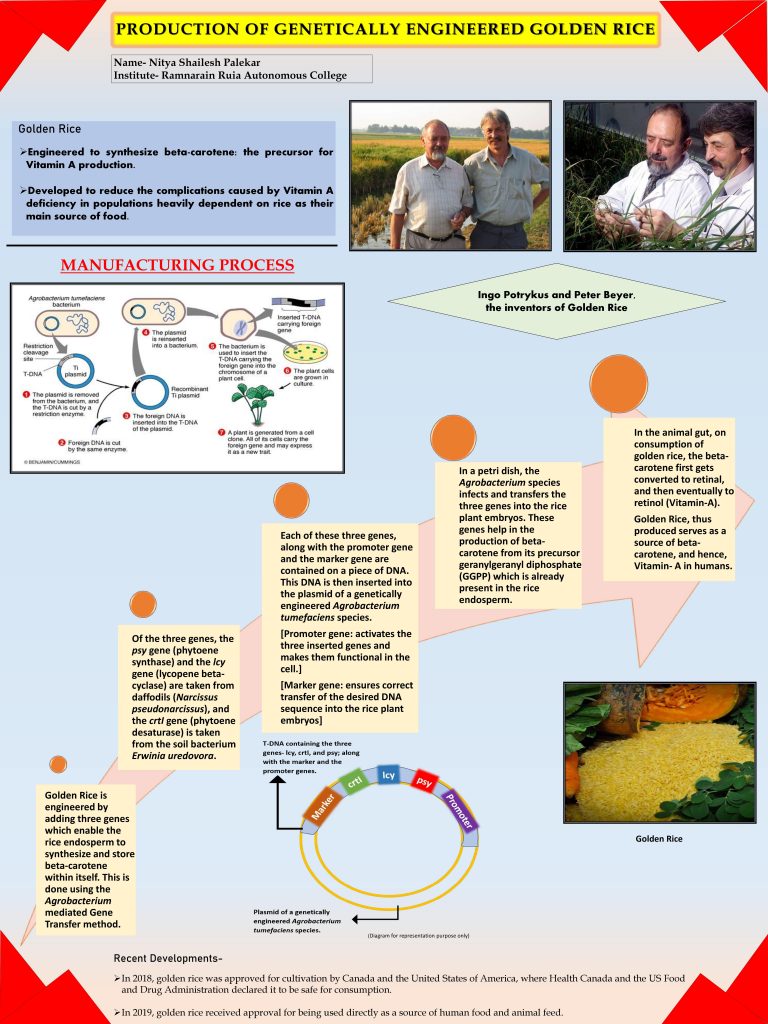 With the recent advances in the field of science, the domain of Food Biotechnology has developed quite rapidly. Improvement of the food quality using food biotechnology for the betterment of the humankind has immensely helped in tackling various health problems in the world. A very popular example of the same is Golden Rice. Developed to increase the nutritional intake in humans that consume it, golden rice aims to play a key role in helping reduce Vitamin A deficiency. Most of us can easily list out the benefits of golden rice consumption. However, not many are aware of the recombinant DNA technology method used to genetically engineer golden rice. The following poster attempts to describe in detail all the steps that are involved in the production of golden rice.

Even though golden rice has received approval for both cultivation and consumption from agencies like the US Food and Drug Administration, it still remains a topic of hot debate among the research community with respect to its nutritional quality, safety for consumption, and its effects on the environment. Research studies on the benefits and hazards (both on the health and the environment) of golden rice consumption are currently being carried out worldwide.