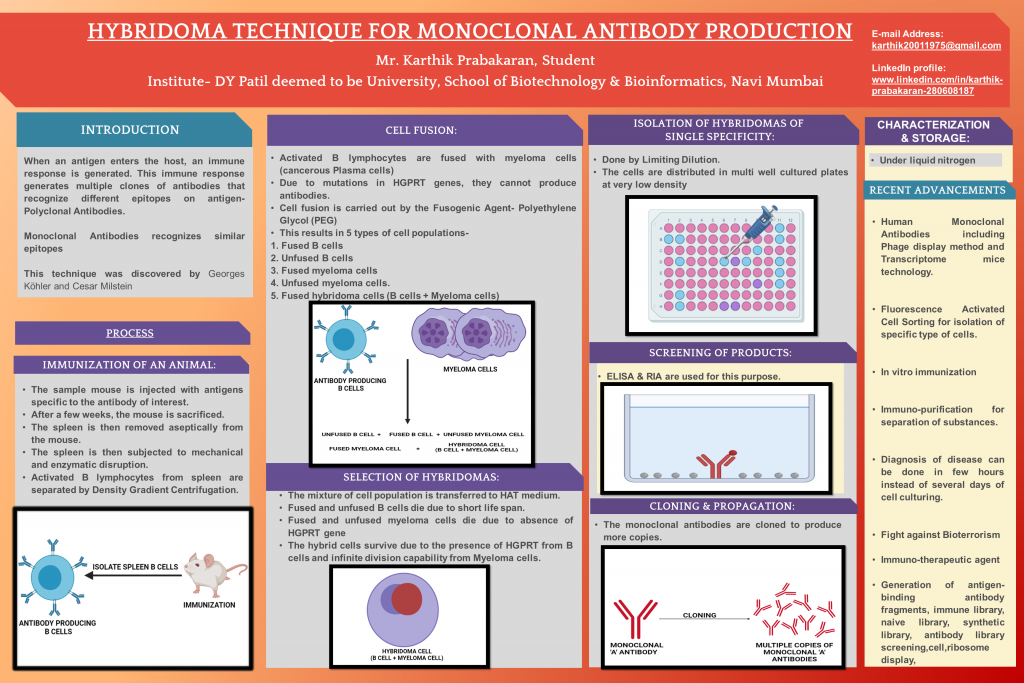 In hybridoma method, a test animal such as mouse is injected with a particular antigen which elicits an immune response in the host. To isolate the hybridoma cells from the mixture of various cell types following fusion, a selective culture medium such as HAT medium is used. The normal B cells isolated from the spleen has the ability to produce antibodies but has a shorter life span. On the other hand, the myeloma cells lack the HGPRT enzyme. HGPRT enzyme is crucial for nucleotide synthesis by the Salvage pathway and its deficiency renders the cell incompatible to produce DNA. The myeloma cells also lack the immunoglobin producing gene, therefore the myeloma cells cannot produce antibodies. Once the mixture of cell populations is transferred to HAT medium, the fused and unfused B cells die due to their short life span, the fused and unfused myeloma cells die due to blockage of De novo pathway of nucleotide synthesis nucleotide synthesis by aminopterin present in the medium and the lack of HGPRT gene inhibiting salvage pathway. The hybridoma cells survive in the medium as the property of antibody production is conferred by the B cells and the property of infinite divisions is conferred by the myeloma cell. These populations of hybridoma cells are placed in a limiting dilution assay, to quantitatively and qualitatively identify the hybridoma cell that produces the desired antibody and is further screened and cloned to produce large quantities of monoclonal antibodies.