With great scientific advancements, come great findings. This came to light in the year 2000, when the world’s first designer baby was created to save its sibling’s life. This is the curious case of Molly Nash’s life-saving sibling, a marvel of genetics. Designer babies are human babies originating from embryos created by in-vitro fertilization (IVF), where a sperm obtained from the father is artificially inserted into an ovum obtained from the mother, in an in-vitro setup. Genetic interventions are then made into the pre-implantation embryo. After this, the embryo is inserted into the mother’s uterus using a catheter, followed by implantation, gestation, and childbirth. 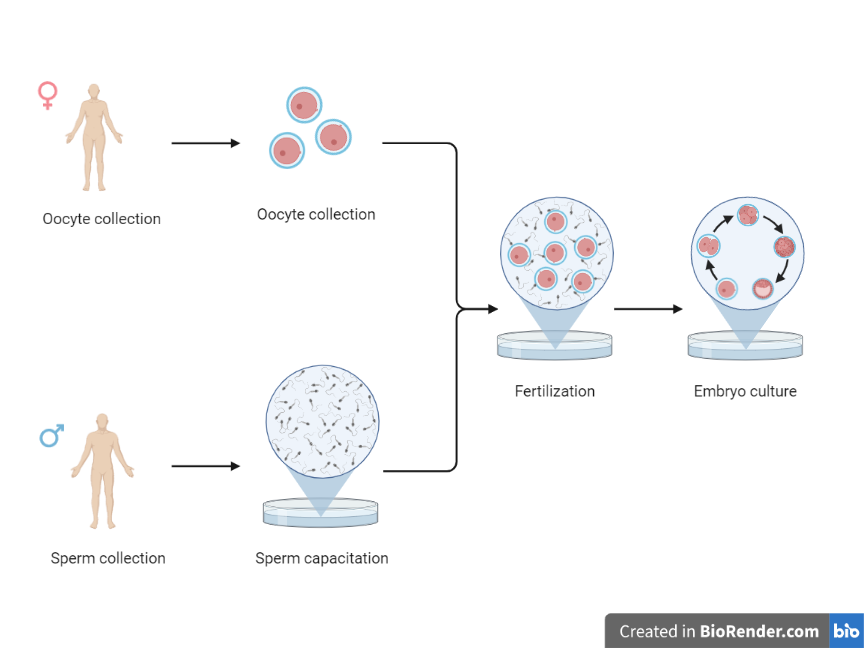 Disorders caused as a result of faulty genes that are often inherited from the parents are termed genetic disorders. One such disorder is Fanconi Anaemia, a rare but fatal disease where the patient’s bone marrow becomes incapable of producing an adequate amount of blood cells. Sometimes it can also cause the bone marrow to produce abnormal blood cells. It is an inherited disease, caused by the occurrence of mutations in the FA genes. These mutations often occur as a result of the inheritance of one abnormal allele from each parent. FA genes provide the cells with instructions to repair certain types of DNA damage. Consequently, individuals suffering from Fanconi Anaemia cannot efficiently repair damaged DNA in their cells, which can lead to severe complications like bone marrow failure. It can also lead to severe aplastic anemia or cancers like acute myeloid leukemia (AML). Usually, the disorder manifests its symptoms at birth or between 5 to 10 years of age. It can be diagnosed using a chromosomal breakage test, which is a type of blood test. The only cure for severe cases involving bone marrow failure is an allogeneic hematopoietic stem cell transplantation (HSCT). This is a medical procedure where the stem cells present in the patient’s bone marrow are replaced with those obtained from a matched donor.

The Nash family created medical history when they used genetic screening to obtain a donor for their daughter, who was suffering from severe Fanconi anemia. Since Molly had inherited abnormal FE genes from her parents, the chances of the second child also inheriting these genes were quite high. Therefore, the parents Lisa and Jack Nash decided to undergo preimplantation genetic diagnosis (PGD), now called preimplantation genetic testing for monogenic disorders (PGT-M), to select a healthy embryo that would not carry the disease-causing genes. PGT-M involves the removal of some cells from the embryo after it reaches the blastocyst stage, and they are tested for the abnormality in question. These cells are the ones that would eventually form the placenta. PGT-M is carried out after in vitro fertilization.

During embryo selection, the doctors considered another factor. They required the embryo to produce a perfect tissue match for Molly so that it could act as a future donor for her. After four IVF cycles, the parents succeeded in conceiving an embryo with the desired characteristics. This embryo then went ahead to become Molly’s donor. Stem cells obtained from his umbilical cord were used for replacing Molly’s frail bone marrow. This gave her an 85-90% chance of survival.

Although this technology can be used for saving the lives of many newborns and young children, there are many ethical problems associated with it that many scholars and researchers in bioethics have highlighted. An argument asking whether the second child will be considered a person or a medical commodity strikes a chord with many. Pro-life organizations imply that it is not okay for a researcher to “play God”, and to determine which embryos get to survive and which don’t.

In addition to these concerns, if any leeway is provided with regards to the use of these procedures, it won’t be long till we find ourselves in an age where parents would be selecting the perfect eye color, hair color, or skin color for their designer babies. However, with rigid enforcement of stern regulations, this can surely be avoided. The use of designer babies can then be a great asset to the field of medicine.