The age old belief that a gene exists as a continuous stretch of DNA was dismantled by the discovery of RNA splicing in higher organisms by Dr. Phillip Allen Sharp and Richard Roberts. Philip Sharp’s work on adenovirus revealed that genes can have discontinuous structure consisting of protein coding “exons” interrupted by non-coding “introns”. The deletion of introns and joining of the exons (splicing) can occur in different combinations to yield different functional and non functional proteins (figure). This path breaking discovery earned him and Richard Roberts the Nobel Prize in Physiology or Medicine in 1993. 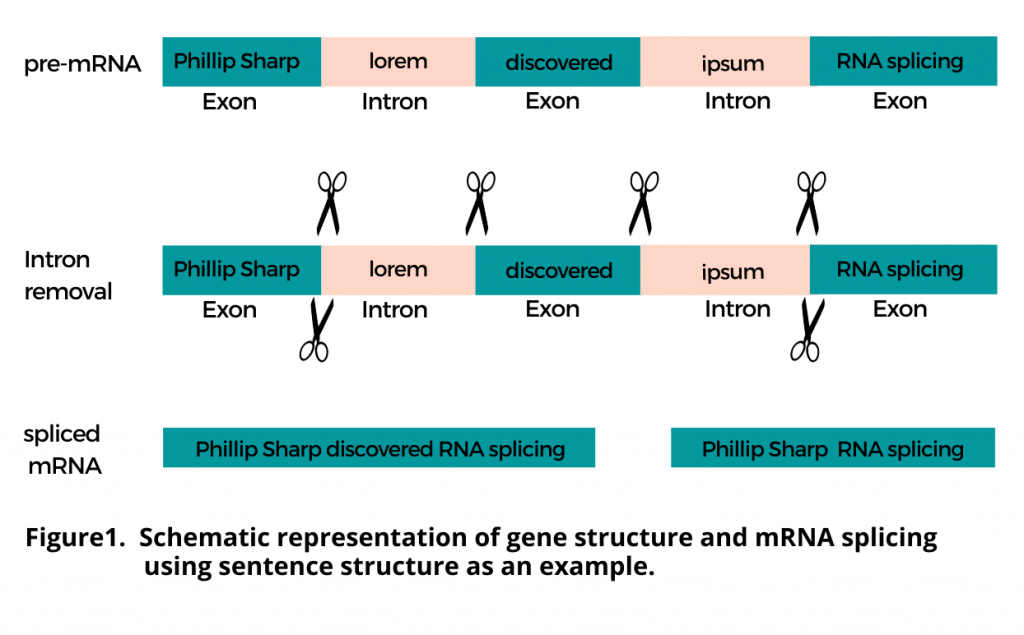 This discovery implicated that the same DNA region can encode different proteins by means of alternate splicing of exons. An organism can spatially or temporally express the same gene but with alternative exon combinations to produce different proteins. The rearrangement of exons to form new functional proteins can be advantageous for an organism and serve as a mechanism of driving up evolution . On the other hand, errors in splicing process can result in formation of a non-functional protein or a fusion protein leading to life threatening diseases. One such example is beta-thalassemia, a blood disorder caused by low production of hemoglobin. In this case, errors in splicing of the beta-globin gene results in a faulty protein.

The work of Phillip Sharp has thus been a landmark in understanding the biology and gene regulation of eukaryotic organisms.